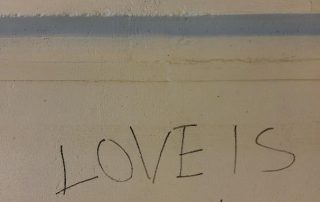 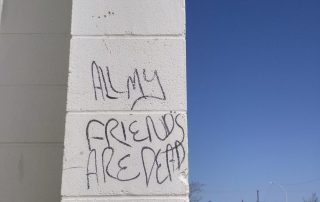 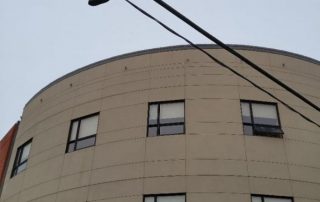 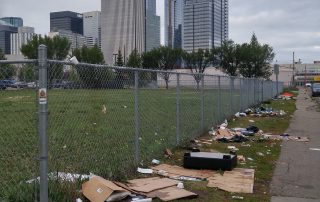 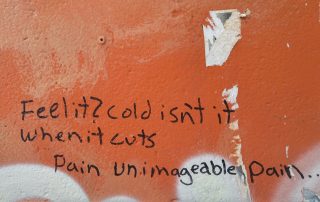 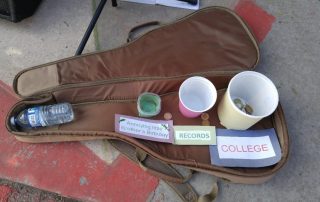 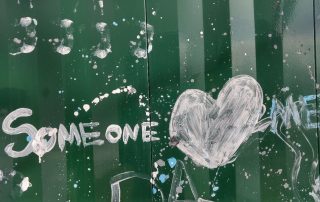 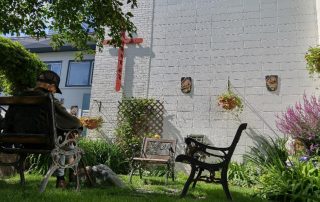 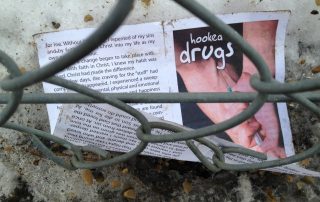 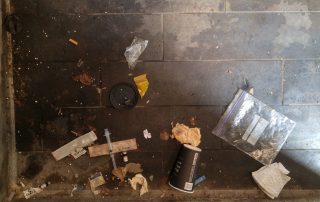 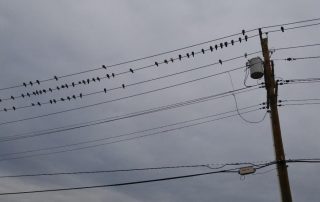 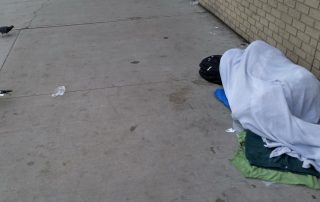 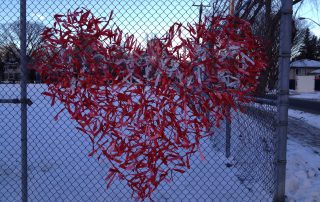 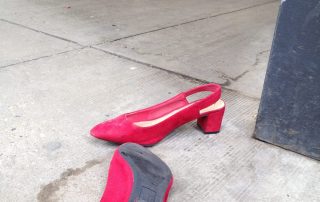 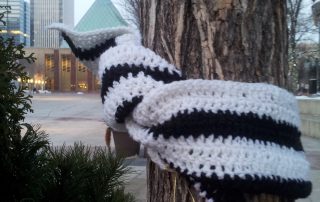 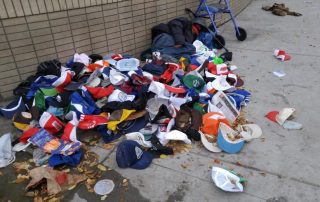 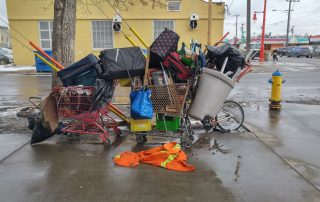 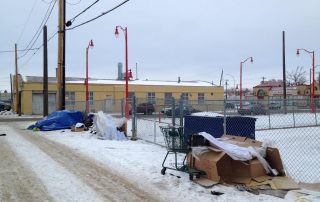 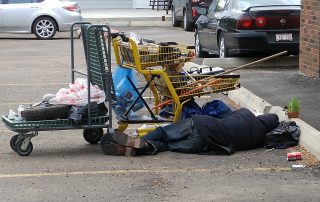 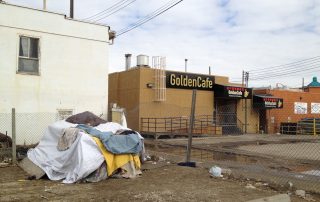 Hi, I am Rain Stratkotter. Welcome to PRETTY & UGLY CITY, an exhibit of my photography during 2015-2019 in Edmonton a city on Treaty 6 Territory in Canada. The title refers to human communities having a mix of pretty and ugly scenes and behaviors, and the images are an attempt to visualize that theme.

Using a mobile phone’s camera to create each photograph, they are digital “snap shots” – hand-held, auto-focused, in the lighting already present. I quickly visualized my shot angle, and usually just one shot was taken of any scene. The images are “raw” – there has been no color, brightness, etc. editing.

The majority of photographs were created in Edmonton’s inner city. That zone has the city’s highest volume of services for homeless humans and other materially destitute people. I have attended spiritual services in that area since childhood, at times lived there, and have been inside most or all of the places that provide regular services to homeless folks during, and beyond, the time range this exhibit’s images were created.

I believe most of us have seen pretty empathy shared amongst materially impoverished but spiritually rich people, and pretty actions of those with means who kindly help the less fortunate – in contrast to the ugly atrocity of homelessness, and ugly actions of worldly powerful people being unmerciful to financially destitute humans.

If any person currently unaware of or insensitive to humans “sheltering” in makeshift shelters made of cardboard or tarps in -40° C windchill, and not knowing or disinterested in homeless people risking becoming frozen – or lying in an overcrowded refuge on floor mats – views this exhibit and is motivated to help a homeless human, I would call the display meaningful.

My photographs of apparently homeless people are not for sale. They were created with the intention of being freely available for any humane anti-homelessness campaign. Those shots were taken at angles to ensure each person was not facially recognizable, after I checked that they were breathing and without indications warranting emergency medical attention. Homelessness is a societal crisis that breaks my heart, and compassion lifts my spirit.

To request a copy of Rain Stratkotter’s PRETTY & UGLY CITY eBook (including over 200 photographs shot in Edmonton 2005-2021), email general@carfacalberta.com

Many years ago, a friend who was homeless for over thirty years told me that one of the most hurtful things about living on the street is that people turn away when they see him. Lenoose Martial wanted to be treated as just another human being and longed for passersby to smile or say hello.

His humble plea changed the way I treat homeless people: when someone calls out, I look them in the eye and respond. This simple act, more often than not, results in smiles and verbal blessings.

Over time, Martial’s words permeated deeper. I realized that for me, as for most “normies” as he liked to call anyone outside of his street community, looking away is not a momentary act but a way of living.

I began to create art projects in the inner city, including Word on the Street, an installation of poetry sandblasted into sidewalks. While collecting submissions by established and marginalized McCauley area writers, I had the privilege of meeting Rainer Stratkotter, a talented street photographer.

Stratkotter has been embedded in the inner city for years, snapping shots of the daily life of his community. He observes poignant details many of us might miss: an addiction brochure discarded in a back alley, a heart made of red ribbons tied to a wire fence, hastily tagged graffiti beneath a fluttering Canadian flag.

These transient moments speak to the struggles and joys of the inner city with extraordinary clarity. Stratkotter doesn’t sensationalize, exaggerate or contrive sympathy for marginalized people: his camera lens, attuned to seemingly insignificant events, speaks more eloquently than most speeches or entreaties.

Without formal training, Stratkotter employs colour and compositional effects with mastery. His focal points often lie at the edges of compositions so the emotional context is revealed gradually. For example, in I Saw Breathing Movement Under the White Sheet, the central area of the photo is taken up by a dirty sidewalk. Along the right edge of a brick wall – as if underlined by the vanishing line – someone lies sleeping.  On the far left, a seagull strolls away from the figure while a white candy wrapper drifts in the breeze.

Such scenes take the viewer into the dusty alleys of the inner city, areas many may not have dared enter or passed by with a cursory glance. But Stratkotter’s show, as my homeless friend once entreated, helps us stop, look and come face to face with both beauty and sorrow.