Update from CARFAC National on Negotiations with National Gallery

Previous Next
Update from CARFAC National on Negotiations with National Gallery 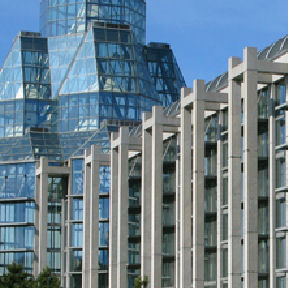 Ottawa, Thursday, February 23rd, 2012 – A federal tribunal says the National Gallery of Canada breached its duty to bargain in good faith in negotiations with artists that were to establish binding minimum working conditions for the first time. The Canadian and Quebec associations of visual artists, CARFAC and RAAV, are now calling on the gallery to return to the table and give artists the collective agreement they have been waiting for for nine years.
Negotiations broke down in 2007 when the gallery suddenly refused to discuss fees paid to artists for the exhibition and reproduction of their work. Up until this point, it was well understood that negotiation of minimum copyright fees was to be central to the process, as it is the primary basis of a working relationship between an artist and public museum, and analogous to wages in any other sector.“Most artists want to have their work in the National Gallery – and there is a lot of pressure to give away their rights,” said artist and CARFAC bargaining co-chair Karl Beveridge. “That’s why setting binding minimum rates is important.”
In 2008, CARFAC and RAAV made a complaint to the tribunal which oversees the relations between artists and producers (CAPPRT), accusing the gallery of bargaining in bad faith. The Tribunal agreed with the associations in its decision: “The 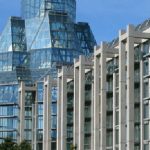 ought to have known that putting forward this revised version of the scale agreement and taking such a rigid stance would be unacceptable to CARFAC/RAAV and this in the Tribunal’s view amounts to failure to bargain in good faith.”
“The tribunal’s decision was clear: The National Gallery must take its responsibility to negotiate fair working conditions with artists seriously,” said artist and RAAV bargaining co-chair Pierre Tessier. “We hope now to finally come to an agreement with the gallery that will ensure artist’s rights are protected.”
Background:
Because artists are independent contractors, innovative legislation – The Status of the Artist Act – gives CARFAC and RAAV the power to negotiate on their behalf with federal presenters such as the National Gallery of Canada. The gallery had claimed there was a conflict between this legislation and the Copyright Act which prevented them from negotiating minimum fees. The tribunal disagreed, saying that the two acts are complementary:
“It is unusual for a scale agreement between an artists’ association and a producer not to contain stipulations relating to the use of artistic works. The Tribunal is of the view that it would indeed be inconsistent with the purpose of the Act if a scale agreement… could not contain stipulations relating to copyright.”
During the hearing, Beveridge testified that setting fees for copyright is central to its mandate, and that it is necessary to include them in any scale agreement because it forms the most significant portion of the artist’s income in this relationship.
chris2012-02-24T10:35:23-07:00February 24th, 2012|Categories: ANNOUNCEMENTS, CARFAC|Tags: Karl Beveridge, National Gallery|