The Salt Spring National Art Prize (SSNAP) is pleased to launch its second national juried competition of Canadian visual art. The intent of SSNAP is to encourage artists whose practice demonstrates originality, quality, integrity and creativity—resulting in significant work with visual impact and depth of meaning.  Canadian citizens and permanent residents of Canada who are eighteen years of age and older as of January 1, 2016 are invited to submit their two-dimensional and three-dimensional work for consideration. Approximately 50 finalists will be chosen by an independent jury from across Canada. All artists’ submissions will be anonymous to the jury.

Calendar of Events:
The call for artist submissions opens January 12, 2017 and closes May 31, 2017
The list of finalists will be announced by July 15th
Original works will be exhibited and presented for sale at the Finalist Exhibition at historic Mahon Hall on Salt Spring Island, from September 22 to October 22, 2017 (Open daily from Saturday, September 23)
Gala Opening, Friday, September, 22 2017
Winners announced at the Gala Awards on Saturday, October 21, 2017
Guidelines and submission details to be found on our website saltspringartprize.ca

This exciting endeavour is an initiative of the Salt Spring Arts Council (SSAC), which represents the arts for Salt Spring Island, British Columbia, known as one of Canada’s premier arts communities. Please may you share this announcement with your networks and newsletters. To easily share on Facebook click http://tinyurl.com/SSNAP2017Call to share!
We thank you and look forward to celebrating the talent of Canadian artists!

11nov6:30 pm8:00 pmOnline All Access | November Webinar #1: Developing and Maintaining an Art BusinessWhat to Look for in a Residency, What Makes a Good Residency, How a Residency Can Change Your Art Career

Members of CARFAC Alberta, CARFAC Saskatchewan and CARFAC National: Please RSVP for each session by following the "Register through Eventbrite" link in each session description. Non-members pay $25 per ticket by

Developing and Maintaining an Art Business

WITH:
Doris Charest ’s love of painting started when a Houston neighbor took her to her first watercolor class and there, she fell in love with painting. As they say, the rest was history. Painting became a daily activity and exploring the different mediums became the challenge. With a BFA, BED, and MED, St Albert artist Doris Charest is a specialist in mixed media painting and drawing. Charest teaches art, makes art and recently during COVID-19, Doris Charest, has started making colouring books, art activity books and a new website called Art by Locals. The website aims to promote the arts, increase artists’ visibility and to get local people to buy Alberta art. She partnered with Connor Finlayson, a new immigrant to Canada from New Zealand with a background in technology and business on Art by Locals.  artbylocals.ca

Jay Kimball has been adapting to change since the beginning of his career. With years of experience as an artist, a craftsman, and a cultural worker, his knowledge derives from managing a range of diverse studios, from The Rooms in Newfoundland to Flux Studio in rural Saskatchewan, as well as administering a multi-million dollar portfolio as a consultant at the Saskatchewan Arts Board. Parallel to those roles, he has been showing his ceramic work in exhibitions and building a practice of education and social practice in the arts. In 2018, Jay created Silt Studio. Silt is a cultural enterprise in Regina, SK, a ceramics studio that is home to a variety of artists working in multiple mediums. In March 2020, Silt was forced to close operations due to the global pandemic. In response to the forced isolation and lack of funds, Jay created The People’s Cup as a means to keep the studio fires burning. This project offers connection, creativity and collaboration through craft and is a prime example of how adaptability is essential to Jay’s approach to maintaining an art business.  siltstudio.com

Members of CARFAC Alberta, CARFAC Saskatchewan and CARFAC National: Please RSVP for each session by following the "Register through Eventbrite" link in each session description. Non-members pay $25 per ticket by

This webinar will explore the work of decolonization as a current movement in museums, galleries, and personal art practices. It is less about providing answers for decolonization, and more about reflecting on some of the current activities surrounding it today. What are some things that museums and galleries are doing towards decolonization? Are these working? What are some of the behind-the-scenes conversations relating to this work? How might artists position themselves to join in on these conversations?

Thoughts about Decolonization in Museums, Galleries, and Art Practices

WITH:
Dr. Troy Patenaude, PhD is an art and cultural historian, curator, experiential educator, and hiking guide with a passion for projects that help make Canada a more just and resilient place. He was born in Anishnaabek ancestral lands now covered over by the Robinson-Huron and Williams Treaties. His mom’s side of the family are from British settler-colonial descent, and his dad’s side of the family are from a community that is at the moment part of the Georgian Bay Métis Community.

For the past twenty years, Troy has been facilitating cross-cultural sharing and outdoor education programs concerning the effects of colonization, mainly throughout Blackfoot, Tsuut’ina, Îyârhe Nakoda, and Métis Nation of Alberta Region 3 lands now covered over by Treaty 7. More recently, Troy has curated major exhibitions throughout Alberta, including Treaty 7 in Calgary, and The Dream We Form By Being Together—the official Canada 150 exhibition at the Alberta Legislature. Troy is currently the Director of Cultural Development at Fort Calgary National Historic Site, and an instructor at the Alberta University of the Arts. 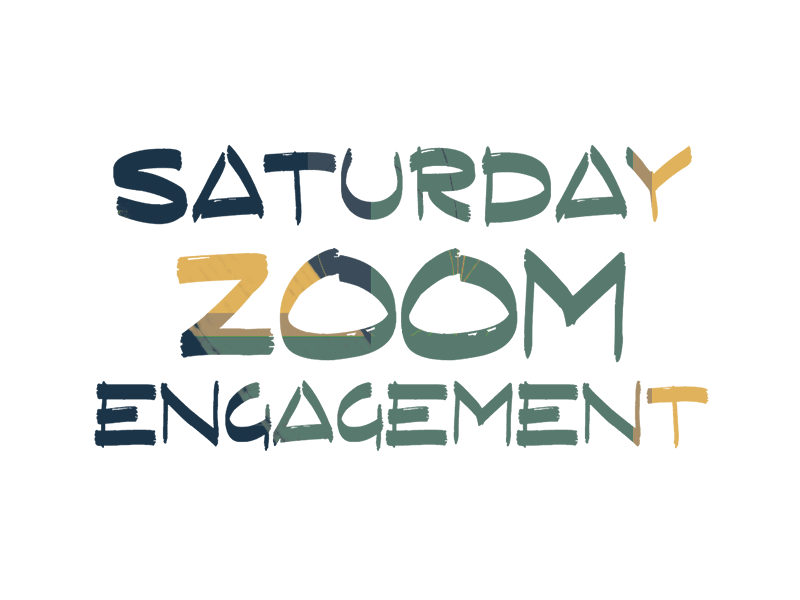 We’re having informal Saturday Engagement Sessions on Zoom. Anyone across the province can ‘drop in’ and say hi, ask questions, or just listen if you like.The next engagement session by

We’re having informal Saturday Engagement Sessions on Zoom. Anyone across the province can ‘drop in’ and say hi, ask questions, or just listen if you like.

The next engagement session by Zoom will take place on Saturday November 28, from 1 – 2:30pm Mountain Daylight Time. Join with your laptop or tablet so you can see the people talking.

Join us online, where Dick Averns will speak to the exhibiting artists (listed above) about their works in the show, and attendees can meet and greet with everyone involved. You must RSVP to join the session on Eventbrite by noon on Saturday November 28. You will receive the password to join the discussion that begins at 1pm. Bring your questions… Hope to see you there!